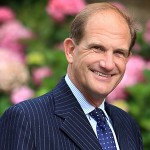 Our German pupils play an important part in the diverse school community at Rydal Penrhos. They contribute a huge amount to the school in all areas, including academic excellence, music, drama and sport, and they also play their part in leading school committees and the school council.

For me, a recent production of Buechner’s Woyzeck highlights the opportunities that abound in a truly international school such as ours. The production brought together the combined talents of the school’s drama and modern languages departments to produce a bilingual English-German version of the play, and the cast moved seamlessly from one language to the other – a truly impressive dramatic feat.